19 September marks the 1,000th day that Al Jazeera journalist Mahmoud Hussein has spent behind bars after being detained by Egyptian authorities while visiting his family in December 2016. 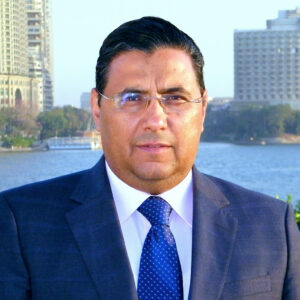 Al Jazeera Media Network has renewed its call for the immediate release of Mahmoud Hussein. On 23 May 2019, a court in Egypt rejected the appeal by the prosecutor for the continued detention of Mahmoud and ordered his release from prison. However, in defiance of the court order, the authorities opened a new investigation against him with unspecified charges and has returned him to prison. The Network strongly condemns the Egyptian authorities’ decision to return Mahmoud Hussein to Tora prison despite the court ruling he be released. Mahmoud is being detained by the Egyptian government in flagrant violation of international law and an infringement of his fundamental rights.

The Association for International Broadcasting has joined with Al Jazeera and other media organisations in calling on the Egyptian authorities to release Mahmoud Hussein immediately.

Egypt continues its crackdown on media freedomunabated. The country has the greatest number of journalists detained in any country in the world. Mahmoud Hussein has been robbed from 1000 days of his life with no end in sight, all without legal justification. Al Jazeera  says it continues to strongly condemn this and refutes all charges against him and calls on the international community, media professionals, and human rights advocates to raise awareness and demand his immediate freedom.

On Thursday 19 September 2019 Al Jazeera Media Network  launched a solidarity campaign coinciding with the 1000 days of detention of Mahmoud Hussein. The campaign aims to focus on publicising the inhumane conditions he endures under detention, and to mobilise support and shed light on his case and call for his immediate release. As part of the campaign an online petition  www.FreeMahmoudHussein.com. demanding his immediate release has been launched.