With a big part of our daily lives taking place online nowadays, it’s really strange how the major issue of cybersecurity is not openly discussed as much as it should. For that matter, cybersecurity only occasionally pops up in public consciousness, usually during a celebrity photo leak or a breach of political security. 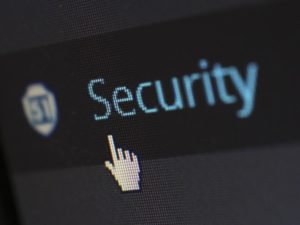 However, common cybercrime is much more prevalent than these occasional headlines suggest. Cybercriminals victimize people who shop, bank and send or receive money online on a daily basis. It is estimated that cybercrime costs the global economy around $400 billion per year. As a result, companies and organizations all over the world are making cybersecurity  is predicted as a top priority in 2020 and are setting up standards for cybersecurity protocol.

Africa, in particular, has been among the fastest-growing regions in terms of cybercrime activities. Cyberattacks and their fallout expose companies to the media and public scrutiny, putting the top management at the frontline of critics who hold them accountable for such failures, causing damage to image with customers, employees, investors, and partners.

Loss or theft of data through cyberattacks also hampers productivity. In order to recover from a cyberattack a company usually delays significantly daily activities essential to its profitability, thus worsening this loss of productivity. A major example of this is the so-called ‘Wannacry attack’ back in 2017. The specific incident forced companies around the world to shut down their systems to stop the spread of malicious code. The attack “immobilized” banks, hospitals, and government agencies in dozens of countries, particularly hitting Kenya’s financial institutions.

The Renault Tanger-Méditerranée automobile plant in Morocco closed for a full day, causing a loss of production of a thousand cars. Many other African companies may have been seriously impacted by the attack, but the extent is unknown due to failure to report these attacks to the national authorities in charge of computer security incident response.

The financial cost of cyber attacks for businesses has increased significantly over the years. African companies publish very few figures on cybercrime, but the highest estimated costs in 2015 stood at $55 million in Côte d’Ivoire and $35 million in Senegal. More recent figures on annual losses (2018) are estimated for Nigeria at $650 million, followed by Kenya at $210 million. And many sectors are concerned by these losses, with financial institutions, government, and e-commerce hitting the top three impacted industries in Africa.

Cybersecurity Could Be The Key To This Problem

For that reason, a number of measures have been taken to address cyber threats and improve cybersecurity in the continent. Many African countries have developed legislation to fight cyber threats. They have also strengthened enforcement measures, while private sector efforts have also been undertaken to strengthen cybersecurity.

What’s going on in Morocco right now could set a good example for the rest of the nations in the continent. With over 10 million Internet users local companies in Morocco are currently required to comply with a set of laws on cybercrime, electronic exchanges and the protection of personal data through virtual private network (VPN) service providers, as well as a national cybersecurity directive issued by the National Defense Administration for the protection of critical infrastructures all over the country.

Further, the European Union’s General Data Protection Regulation (GDPR), which entered into force in early May 2018, is an additional obligation for African companies wishing to maintain their commercial relations with Europe. In these cases, companies that do not comply with the mandated standards are subject not only to proceedings, but also penalties, fines, loss of productivity and reputation, and intellectual theft, among other consequences discussed below.

Companies must therefore be prepared to proactively manage this type of crisis communication, informing all stakeholders on a timely basis in order to preserve their consumer relationships and their reputation. But are these measures enough to restrict the ever-evolving cyber threats?

The Future of Cybersecurity in Africa

Africa may not be as an attractive target as some of the wealthier European, North American and Asian nations. However, the increasing volume of well-orchestrated cyberattacks on its people, its businesses and its critical infrastructure requires a more sophisticated and organized cybersecurity system. The World Economic Forum even placed cybercrime as one of the three greatest threats of 2019 in Africa.

The next task for African businesses naturally should be the search and implementation of strategies in order to protect their clients, their data and themselves from a cyberattack. Given the regional context, this can be achieved by considering four key initiatives:

Businesses working on the continent have to strengthen their cyber-risk protection systems in order to sustain – and bolster – their economic activities in an increasingly connected world. And likewise, to avoid damaging effects on their finances and reputation, on their employees and customers, and more generally on the local and regional economies.

One of the examples of how Africa fights cybercriminals is the opening of the Africahackon, a forum where cybersecurity experts can join forces to work together, trying to solve the issue of hacker attacks.

Another even more important aspect of this forum is that it gathers many young people who have recently acquired new computer skills. They try to educate them and teach them not to use these skills for criminal activities. Instead, they should turn towards learning how to protect themselves and their friends. It is virtually impossible to stop all the hacker attacks, but by educating people about it, we can at least curb this issue by a little.

Last but not least, many countries around the globe have funding for the development of cybersecurity technologies. That is an excellent way to reward companies for contributing to this crucial cause. This practice should be implemented in Africa as well. The only question that remains is, are security professionals in Africa creative and fast enough to beat cybercriminals?